Maryland Burglary Lawyer With a Reputation of Success

If you have been charged with burglary, burglary lawyer Morgan E. Leigh of Scrofano Law is on your side to defend your future, freedom, and reputation.

Protect Your Rights With the Help of a Burglary Defense Lawyer

If you have been apprehended or are currently under investigation for burglary in Maryland, then you have come to the right place.

Burglary is a serious crime in Maryland and in most instances, offenders will be charged with a felony. In addition to getting arrested, law enforcement may collect and keep your DNA forever.

This is why it is critical to contact a criminal defense lawyer as soon as you are charged with burglary. The attorneys at Scrofano Law have the skills and experience to provide you with the best criminal defense in the state of Maryland.

What Is Burglary/Breaking and Entering?

While entering is quite obvious and self-explanatory, breaking is not so easily defined. An offender does not have to break locks, doors, or windows of a structure as just crossing an imaginary line without sufficient permission is sufficient to prove burglary. 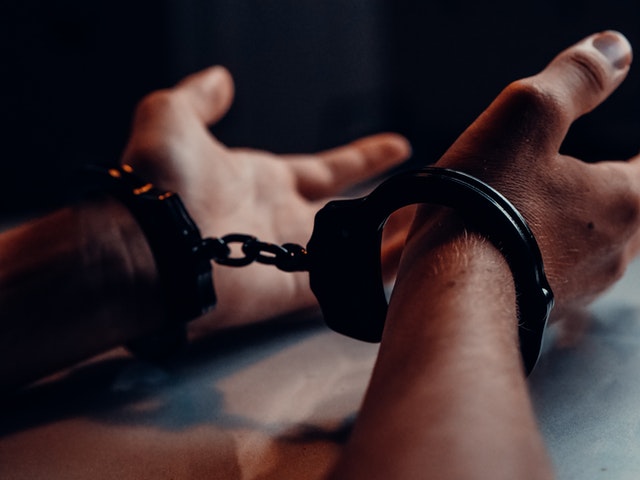 Why You Should Hire a Burglary Attorney

Crimes of unlawful entry, burglary, breaking, and entry are very serious in Maryland. Burglary is classified into four degrees with first, second, and third-degree burglaries typically resulting in a felony conviction.

The penalties that these felonies may attract can include prison time of up to 20 years, probation, and hefty fines. You may also find it difficult to find employment or rental housing since a felony record is usually a permanent blot on your record.

Even in instances of fourth-degree burglary conviction, which is nothing more than breaking into a structure or building with no intent to commit a crime, you can still spend years in jail and pay hefty fines for the misdemeanor.

For this reason, you need to contact a criminal defense attorney if you have been charged with felony burglary. At Scrofano Law, we provide free consultation on your case before establishing an attorney-client relationship with your burglary lawyer who will help work out the best way to go about your defense.

How to Beat a Burglary Case

It is important to get lawyers who are very familiar with burglary law. There are many different scenarios when you are facing criminal charges under felony burglary. Depending on what the prosecutor may be able to prove, there may be serious penalties if you are convicted.

At Scrofano Law, we have burglary lawyers who will work hard to understand the evidence in your case. Given our experience, we know how to work around burglary felonies and misdemeanors and get you the best outcomes. 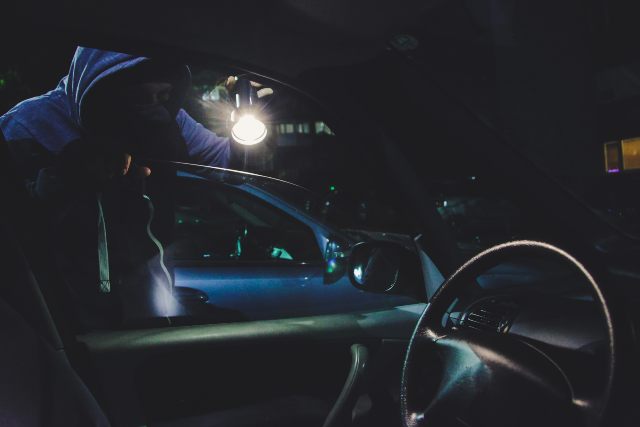 There are several defenses that our legal team may use in making your defense. However, it is important to note that these are fact-intensive and may apply to a limited manner in particular situations.

Some of these defenses include the following:

Lack of Applicable Mens Rea/Intent to Commit – If you have been charged with burglary but intent to commit a felony is mandatory, the prosecution needs to prove intent. If the prosecution cannot prove intent the burglary charge may be vacated or be mitigated and replaced by a lesser offense.

Mistake of Fact – This can be a great defense against burglary charges if you believed you were taking what belongs to you. This means that it was impossible for you to have been stealing another entity’s or person’s goods.

Consent – If it can be proved that the owner approved that an item is taken it can negate the robbery element of the offenses. The reason for this is that it would show that there was no criminal culpability.

Alibi or Mistaken Identity – When there are criminal charges brought against a person, their whereabouts are critical in establishing the probability of guilt. If you were not at the scene when the burglary happened, then it could be argued that you could not have been responsible for the criminal offenses.

Degrees of Burglary in Maryland

Under Maryland laws, burglary is classified in degrees ranging from felony first degree all the way down to misdemeanor fourth degree.

According to Maryland law, breaking and entering into another man’s dwelling with intent to commit a crime of theft or violence is illegal. This is what is referred to as first-degree burglary, which may result in felony charges. If convicted of burglary, an individual is facing a jail sentence of up to five years and no more than twenty years.

First-degree home invasion refers to entering a home with the criminal intent to commit a felony while the residents are present. Home invasion is different than burglary because it usually involves breaking into a dwelling or home that is occupied. Home invasion is a first-degree burglary charge, and it carries a potential penalty of up to 25 years in prison. In addition, in many criminal cases, an individual would be charged simultaneously with other crimes such as assault, burglary, or theft.

According to the Maryland Criminal Code, a person that breaks and enters a storehouse with intent to commit theft, a violent crime, or arson is guilty of second-degree burglary. Under Maryland burglary laws, breaking and entering a storehouse with the intention of stealing or taking a firearm is illegal.

Persons that violate the law are subject to second-degree burglary charges and convictions that may result in a prison sentence of up to 20 years with fines not exceeding $10,000. 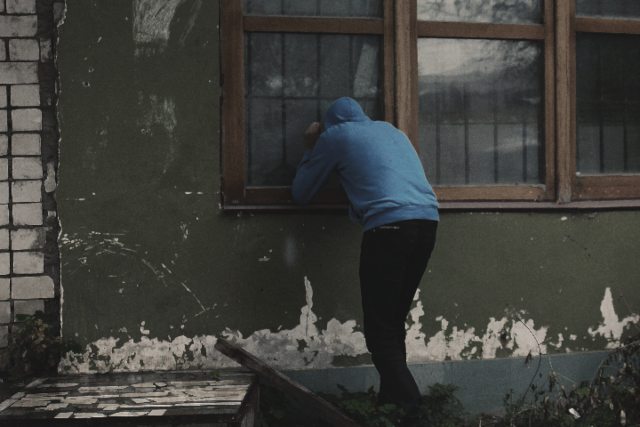 According to Maryland law, breaking and entering another person’s dwelling with the intent to commit any crime is an offense. The difference between third-degree burglary and first-degree burglary is that in the latter, the state has to provide proof that there was an intention to commit theft or violent crime. In the former, the state only needs to prove the intention to commit any crime.

These charges are usually classified as felony convictions and could get you up to 10 years in prison.

An individual that is found on or in another person’s dwelling, yard, storehouse, garden, or other areas with the intention of committing theft will have committed fourth-degree burglary. The code also makes it illegal to be in possession of burglary tools with the intent of making use of them to commit burglary.

Fourth-degree burglary in Maryland is a misdemeanor and the penalty for the burglary may result in a felony conviction in addition to a sentence of no more than three years.

It is important to note that perceived intent is what distinguishes the different degrees of burglary crimes and subsequently the penalties to be imposed. If the defendant doesn’t confess, the prosecution doesn’t have to obtain direct evidence of the intent to commit a crime, they can also use circumstantial evidence to prove guilt beyond a reasonable doubt.

This is why it is important to contact a firm of lawyers with trial experience to help you navigate the legal system if you have been charged with burglary.

At Scrofano Law, we have experienced and qualified criminal attorneys that will provide the clarity you need and create a custom-tailored and strong defense. Get on the phone with us today and we will have a lawyer ready to answer any questions you may have on burglary charges brought against you.

According to the state criminal code, entering into another person’s motor vehicle with the intent of stealing any property in the vehicle or the vehicle itself is illegal. It is also illegal to be found in possession of a burglar’s tool that you intend to use or allow to be used to facilitate the breaking and entering of a motor vehicle.

Motor vehicle burglary is a misdemeanor and may result in a sentence of up to 3 years in prison. Additionally, a defendant convicted of this crime may be charged with being a vagabond and a rogue by the court. 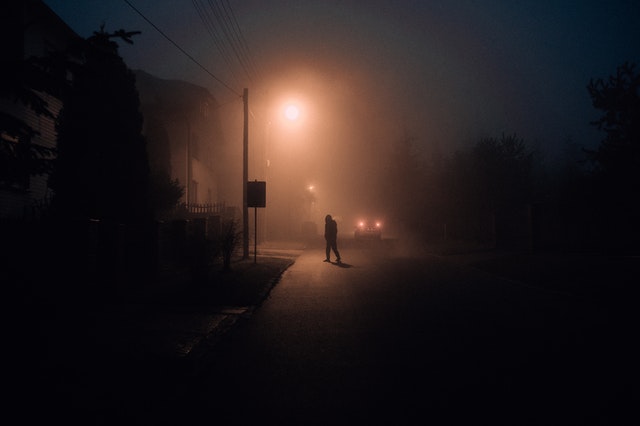 Burglary with Destructive Device in Maryland

Under the Maryland code, opening or attempting to open a vault, safe, or other secure repository using a destructive device while committing a first, second, or third-degree burglary is illegal.

A destructive device may be anything from a bomb, grenade, Molotov cocktail, pipe bomb, mine, poison gas, shell, flamethrower, missile, or any explosive material that is combined with a delivery or detonating apparatus.

If you are found guilty of burglary with a destructive device, the sentence may be as severe as twenty years in prison. This is why you need an excellent attorney to argue your burglary case.

The offense of trespass has many similarities to burglary given that it has to do with unauthorized entry into private property such as acreage or a yard but not a storefront, dwelling, or enclosure.

Under Maryland law, trespassing on someone’s property with conspicuous and explicit signage prohibiting the same is illegal. The signage could be anything from paint marks on trees or posts at road entrances, upright signs in visible locations such as where private and public property adjoins, or any other markers approved by the Department of Natural Resources.

The legal penalty for trespass in Maryland has a lot to do with whether you are a repeat offender. First-time offenders can usually get off with a misdemeanor, which may result in three months in prison and a fine not exceeding $500 or both.

A second-time offense will result in one being charged with a misdemeanor and a sentence of up to 6 months and a fine not exceeding $1,000. However, this is only applicable if the second offense was committed at least two years after the first crime.

A third-time offense is still deemed a misdemeanor in Maryland that attracts a fine no greater than $2,500 and up to a year in jail as long as the offense was committed at least two years after the previous violation.

If you have been charged with burglary crimes, it is important to contact experienced and skilled attorneys. At Scrofano Law, we have the best-in-class criminal lawyers. Our team of attorneys has successfully helped many clients dealing with similar legal problems. We always have an attorney ready to take your phone call at any time to provide a free consultation and set a path forward.