DWI or DUI are serious offenses, but a Maryland DUI lawyer can help you remedy the situation.

Get Help from a Maryland DUI Lawyer If You’re Arrested

In Maryland, the State prosecutes DUI and DWI charges aggressively. Once the police have pulled you over, almost anything you do in a DUI investigation can be used against you. If you are talkative with the police, they’ll use that as a sign of impairment. If you do not say much, they’ll claim that your quietness is evidence of impairment. But having an experienced Maryland DUI lawyer can help you out.

A typical Maryland DUI investigation will start with the officer pulling the driver over for some type of traffic infraction. It could be something serious, like responding to a scene of an accident or for something as minor as failing to use a blinker.

Or, the driver could end up hitting a Maryland DUI checkpoint. While under the influence of alcohol and if the driver is impaired, then she will keep talking to the driver to get more time observing the driver.

Once the officer has something called “reasonable, articulable suspicion,” likely she will ask the driver to exit the vehicle to perform roadside standardized field sobriety testing (or “SFSTs”). SFSTs are a standardized battery of testing set out by the National Highway Traffic Safety Administration (or “NHTSA”).

NHTSA trains and certifies certain police officers in the administration and interpretation of the standardized field sobriety tests. With so much at stake, Maryland DUI lawyers like Attorney Morgan Leigh of Scrofano Law can calm your nerves with a robust drunk driving defense and provide advice. 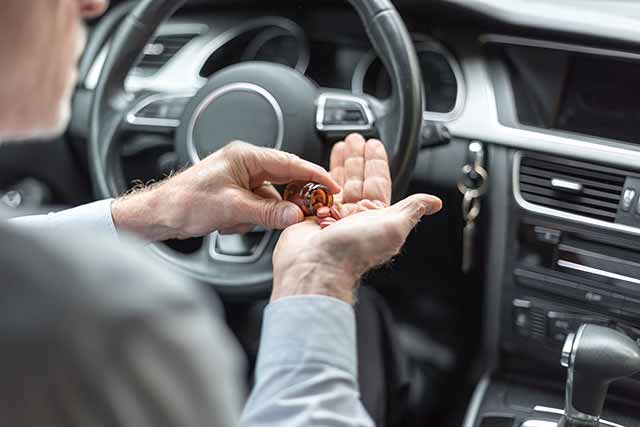 The SFSTs are a battery of standardized tests that are intended to detect whether a person is operating a vehicle while impaired. They involve three specific tests: The Horizontal Gaze Nystagmus (or “HGN”) test, the Walk and Turn Test, and the One Leg Stand Test.

These tests are notable in that the officers do not and are not trained to inform the driver of what exactly constitutes a “clue” of impairment on each test. That’s right. Imagine taking a quiz or test in school where the teacher never taught you the material and did not tell you what material was getting tested.

Most DUI lawyers will tell you that these tests are designed for people to fail by the criminal justice system. However, it is still important to understand what the SFSTs are looking for.

Horizontal gaze nystagmus is an involuntary jerking of the eyes that supposedly shows alcohol impairment. The (three in each eye), or “lack of smooth pursuit” where one’s eyes when moving side to side look kind of like a broken windshield wiper. The second two clues are called “distinct and sustained nystagmus at maximum deviation.” This is where the officer holds the pen out far to the right and left and holds it there for four seconds. Police believe that if there is “distinct and sustained” jerking of the eyeballs while holding the pen out there, then that is two more observable clues. Finally, “onset of nystagmus prior to 45 degrees” is the final two clues where the officer will very slowly move the pen and see if the eyes jerk before getting to a 45-degree angle. Police are trained to make an arrest where a person observes 4 out of 6 clues on the HGN.

They will request you walk down a straight line (real or imaginary) the line. The police look for eight potential clues. This is a final test where the police tell you to keep one foot six inches parallel from the ground and to count out loud while they time you for thirty seconds. The one-leg stand test has four potential clues, which include swaying, dropping your raised foot, raising arms for balance, and hopping. These latter two tests are referred to as “divided attention” tests that will supposedly give an officer reason to believe the driver who fails these tests is impaired by alcohol. Anything can be seen as a sign of impairment: talking much, not talking at all, or failing a field sobriety test for some reason. However, the less evidence you give to the police officer who pulled you over, the better. If you are nervous, try to be careful and watch what you are saying.

Those who have been charged with DUI or driving under the influence of drugs or illegal substances or have any prior DUI penalties should consult with Maryland DUI lawyers who maintain an excellent attorney-client relationship as soon as possible. If you are pulled over for suspected DUI and made to take an SFST, the problems can be compounded if you are found to also have a fake ID or have been imbibing while underage. Don’t hesitate to contact a DUI/DWI attorney to get the best possible outcome in this difficult situation. Experienced Maryland DUI attorneys can develop a strategy without asking you for any confidential or sensitive information on the web that will work best for your case and help you prepare for court.

Some officers in Maryland carry what is called a Preliminary Breath Test or “PBT.” This device is basically a miniature breathalyzer with limited accuracy but can give the officers “probable cause” to make an arrest where the driver blows 0.08. To administer a PBT, the officer must follow Transportation Article 16-205.2 of the Maryland DUI Law. That means the officer must correctly advise the driver what rights the driver has under the law.

Ultimately, the score from the PBT cannot be used against the driver at trial where a DUI arrest occurs, and the driver submits to PBT testing. However, if the results favor Defendant (i.e., the score is below ), Defendant can introduce the testing results at trial to support the argument that they were not impaired.

In addition to roadside PBT testing, Maryland police who arrest a DUI suspect will likely also ask the driver to blow into the breathalyzer machine at the station. Here, the information will be used against Defendant. In addition, whether the driver agrees to take the test can carry legal implications for the driver’s license at the Maryland Vehicle Administration (or “MVA”). 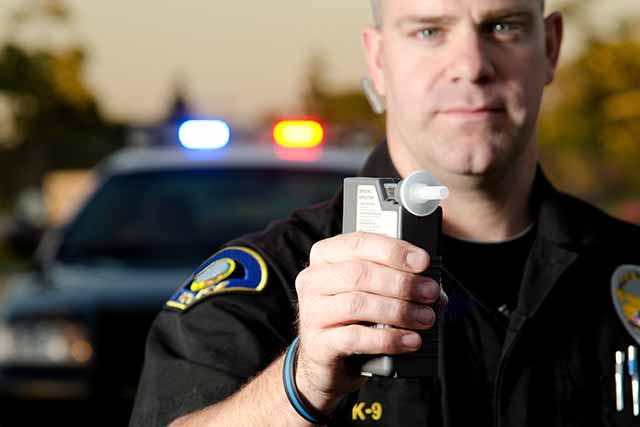 MVA Hearings for DUI in Maryland

Once an individual is arrested for DUI in Maryland, the police will confiscate their driver’s license and issue them a temporary license for 45 days. After that time elapses, the Motor Vehicle Administration will suspend the driver’s license for 45 days for a first offense and 90 days for a second offense or if the driver refuses the breath test. The officer must also provide the driver with a form DR-15 that outlines the terms of the suspension and the need to request a hearing.

Will You Go to Jail for a DUI in Maryland?

The consequences of a DUI charge may include fines, required alcohol abuse treatment, suspension of your driver’s license, installation of an IID (Ignition Interlock Device), probation, and possibly even jail time.

There are also additional enhanced penalties for third and subsequent offenses for all the above charges. Finally, in addition to the above penalties, there are a number of collateral consequences that come with a DWI or DUI conviction in MD. These consequences include having a criminal record and an interlock ignition device installed on your vehicle. Individuals with security clearances and immigration status can also suffer negative collateral consequences of a drunk driving arrest.

Although facing a DUI charge for the first time means the driver usually doesn’t have to worry about enhanced penalties that follow a subsequent DUI or DWI offense, a first-time offense must be taken seriously. The process of fighting the accusation in court and preserving a clean driving record can be challenging and frightening. Even if you don’t have prior arrests, you can only benefit by hiring a skillful DUI lawyer. Your Maryland DUI lawyer can guide you through the legal process and fight the charges brought against you.

However, in case this is your first DWI or DUI charge, you may be eligible to receive probation before judgment. That is not a conviction, and hence, no points are added to your driving record. An experienced lawyer can make sure your case results in probation before judgment. That is why it is crucial to consult with a Maryland DUI lawyer who has experience handling DUI or DWI cases.

How Does Maryland Treat Out of State DUI?

For individuals possessing out-of-state licenses, there is a separate process, but a Maryland DUI lawyer can still help. If you refused to take a breath test or if the number on the breath score was significantly over the limit, that may only affect your driving privileges within the State of Maryland.

Although MD can not act on an out-of-state license, your home state may choose to act on it. For example, if you refuse to take a sobriety test, your driving rights can be suspended for 270 days. Plus, your blood alcohol content was higher than 0.15, the state can restrict your license.

If you, a friend, or a loved one has been arrested for DUI or DWI, contact a Maryland criminal defense lawyer like Attorney Morgan Leigh immediately for a full consultation. Ms. Leigh can advise you about what immediate steps you should take in light of your arrest. In addition, Ms. Leigh, like all of our lawyers, has been certified to administer the standardized field sobriety tests, which means she has taken the same test and certification course as MD DUI officers have. 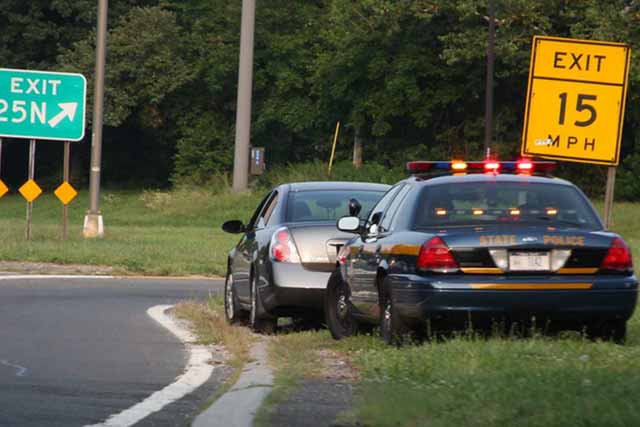 How Much Is a DUI Lawyer in Maryland?

If you’re wondering how much a DUI lawyer in Maryland costs, the answer: it depends. The cost varies depending on several factors. It’s recommended to get in touch with several experienced Maryland DUI attorneys and ultimately hire the right DUI/DWI law firm and a DUI and criminal defense attorney for your case.

Although every DUI case is unique, you’ll be required to appear at least once at the district court, and representing yourself can be complex and tough. Your goal should be to avoid conviction or to obtain the best possible result. Those who are convicted of a traffic-related crime face losing their driving privileges, jail time, fines, as well as increases in car insurance premiums. Drivers should be aware of these legal risks. If you are facing a DUI charge, seek out a skilled DUI lawyer in Maryland who can protect your rights and provide superb legal representation.

Whether you are arrested for drunk driving with an MD license or one from a different state, choosing the best DUI lawyer in MD is the right choice to reduce fees and avoid jail time. Experienced Maryland DUI lawyers will provide an adequate DUI defense. Since DUI/DWI often includes a reckless driving charge, having a DUI (DWI) defense lawyer equipped for both is wise. Fortunately, defense attorneys at Scrofano Law are qualified and knowledgeable in all traffic law issues within the state of Maryland.